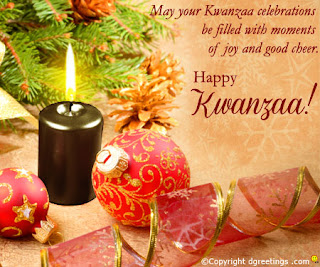 Kwanzaa is an elaborate seven-day long harvest festival most popularly celebrated among the African-American communities. Interestingly, this grand festival is commemorated just a day following the Christmas Eve, on December 26. The festivities of this grand day continue till January 1. Essentially, the festival renders an opportunity to the peasants and others to enjoy a plentiful of harvest and at the same time offer their sincerest thanks to the almighty for bestowing their kindness in form of sufficing harvest to the mankind. The name, Kwanzaa, has drawn inspiration from a very popular Swahili phrase, “matunda ya kwanza” which basically means the first and the finest fruit of the harvest taken during the harvest season.

Looking at the historical aspect, the festival came into existence, in the year 1966, with the unrelenting efforts of Dr. Maulana Ron Karenga, a great learned professor with unmatched expertise in black studies. This time of the year was historically popular for some of the most drastic changes taking place in the lives of the suppressed African-Americans. Karenga, during this time, got inspired to honor these changes and pay respect to the efforts of certain blacks for bringing changes in their existence. Ever since then, these historical days are well celebrated and commemorated, every year, in form of this grand Kwanzaa festival.
Each day out of the seven days long celebrations is dedicated to a different principle, which holds tremendous significance among the community people. The principles, briefly include, umoja meaning unity, kujichagulia meaning self-determination, ujima signifying collective responsibility and duties, ujamaa signifying cooperative economics, kuumba significant of creativity, nia giving a sense of living and purpose and imani meaning faith.

Like every other festival, Kwanzaa too is celebrated in its true spirit with family get-together and unity. The celebrations of the grand day take place in church, community center and at home. During the celebrations, the streets, homes and churches are decorated with the auspicious green, black and red colors. These colors were treated as important symbols of the ancient Africa that was reeling under social changes. In particular, the color green is representative of the fertile land, red is significant of the blood that was shed in abundance during the struggle for freedom and the color black is the representative color of the Africans.

Decorations in the houses and the streets are commonly observed during the celebrations of this festival. Apart from these, the women don their traditional kaftans and clothing made of fresh fruits to groove into the spirit of this festival. The above mentioned principles are elaborately discussed by an elderly at home as well as by the father in the church. Further, candle light processions, performances by special artists in churches and community centers are also observed as part of festivities of the day.

Food is yet another attraction of the grand celebrations. Traditional ingredients, especially, sesame seeds, collard greens, peanuts, sweet potato and spicy sauces of sorts are must inclusions in the Kwanzaa dishes. The food is cooked and savored together by families and friends.

Send Beautiful Kwanzaa Cards to your family and loved ones.