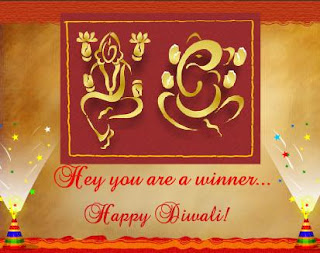 To help you make your Diwali party the most memorable party of the year, here are top ten games to play:

Tombola, Housie, Bongo or Lotto: Called by different names, but almost similar in rules and nature; these are great fun gambling games. Any number or age group of people can play this game. In Housie and Tombola every player gets a ticket with a table of numbers or alphabets printed in small boxes on it. Players have to mark out these numbers on their tickets when called out and achieve a winning combination like first five, first line, second line, third line and full house. Bingo is also similar to Housie while in Lotto picture or symbols are used instead of numbers.

Card Games: Playing cards is an integral part of Diwali parties. But avoid gambling on the auspicious occasion. There are a number of card games that you can play on Diwali like Flash, Rummy, Bluff, slash, 28, etc. However now-a-days experimental card games have evolved replacing these traditional games. You can thus try games likeAK47aka Ace, King, 4 and 7; where these four cards become jokers. These four cards when in hand, can be exchanged for any color or card to make desired sequence. Muflis is the opposite of Flash; where the person with the least number of cards wins. Similarly the other games that you can play includes Blackjack, Kissing-Missing, Discard One, Matha, Lallan-Kallan, 1942 A Love Story,13cards, and so on. Playing such new varieties will keep the card game interesting and the spirits high.

Pin the Missing Part: In this game a picture is pasted on the wall or a board and a part is missing, which you need to pin blindfolded. The player is first taken in front of the picture and then his eyes are blindfolded. The player is circled at his place and then asked to approach the picture and pin the missing part at the right place. This sort of game though is more popular in children, but with some added difficulties and variations these can also be played by the adults.

Board Games: Board games like Bluff/Liar’s Dice, Dice, Jumble Words, Snakes and Ladder, Cash ‘n Guns and so on. These games can make a good time pass and a great part of the entertainment program.

Passing the Parcel: As a family fun activity you can play passing the parcel where people of all age groups can take part and play together. Arranging such games help whole family to play together and thus share the happiness and the bond of togetherness.

Dumb Charades: Dumb Charades is full of fun elements. You can play this game in two groups. In this game one member at a time from each team comes forth and is given a movie/song to enact. The player enacts the movie/song by actions and expressions without speaking a single word; and his team members have to guess that name and win points. The team with most points earned wins the game.

Musical Chairs: Musical chairs is a well-known game for parties and it is a good entertaining activity for Diwali parties. Arrange the chairs in the centre of the hall and play music. While the music is on players move around the chairs and as the music stops, players have to take a chair and the player left standing is out of the game. At the end of every round one chair is removed and the same is repeated. In the end the last sitting player wins the game.

Treasure Hunt: Depending on the available space and resources you can plant a nice Scavenger or Treasure Hunt game either for children or for family groups. Divide the game into few rounds/parts and give hints at the beginning of first round to find the hidden clue/key to reach the next level and so on. The first team or child who ever finds the hidden treasure wins the game.

Crackers: Fireworks is the best part of Diwali. Firing crackers not only reflects the enthusiasm of the festival, but it does also symbolize warding off evil and darkness. Lighting crackers like Chakri, Anaar, Fuljhari, etc. are one of the best childhood moments. Even the adults love bursting fireworks.
Happy Diwali!!!